In 1999 I rang up my PC wise friend to get the name of the web search page he thought the best - I had forgotten the funny name.  That name was Google.

The Walkerloo Google Panto Horse paper-soldier sheets (available at the wargame vault since January 2012) was an attempt to make a picture of google.


For at least 40,000 years humans have used symbolic models or dolls to explore ideas of people and things in the physical world.  Effigies and poppets are models which were thought to exert a magical influence on their subject.  Children are said to play with dolls and action figures to explore narratives and empathetic scenarios.

When I published the Google Panto Horse models I introduced them as:

Walkerloo Mythic 'Google Panto Horse Corporate Beasts'!
I'm a man - but do I end at my toes or are these words me? and what is google?  I’ve painted 4 different versions of the ‘Google-Panto-Horse’ mythic corporate beast.  But I imagine there are googols of them grazing ‘freely’ on internet content.  A real panto horse usually has two people inside the costume - Sergey Brin & Larry Page could be spending all their time inside a Google-Panto-Horse, where are they spending their money?  Under harness googols of them would deliver googols of Google-Panto-Horse power, but this horse power would be dependent on their ability to graze vast quantities of ‘freely’ accessible internet content... You can make up the specifics of their abilities and appetites." 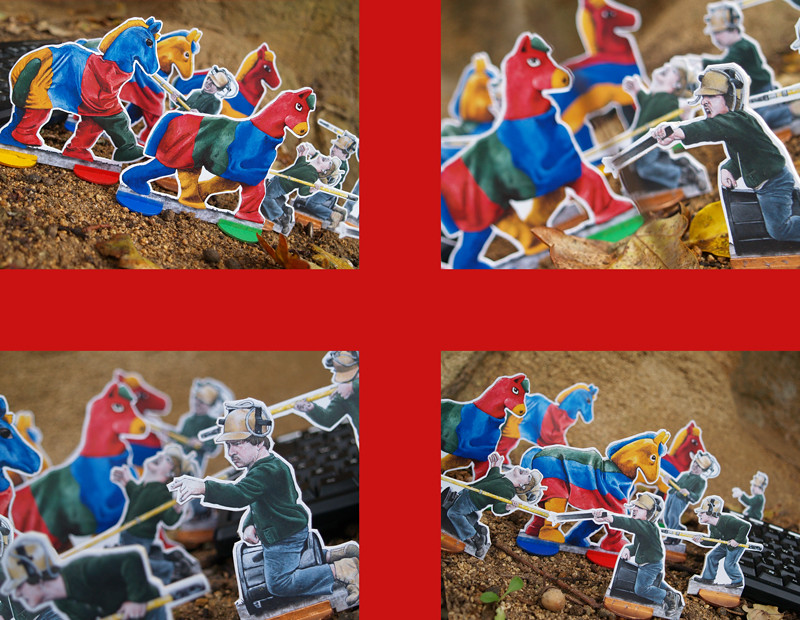 I'm writing this in 2019 and Google is omnipresent in the world wide web and one of the most powerful non-government manmade entities ever created.  After performing internet searches with google and other search engines I've failed to find any other effigies, paintings or pictures of Google.  However using the same search criteria I was unable to find my own Google Panto Horse.  I did find a film entitled if google were a guy. I have labeled the pictures in this blogger (a Google owned business) blog with 'Google Effigy'.

I've recently made up some paper soldiers for a secret mission.  Google Panto Horse Corporate Beasts are depicted as the mounts for an elite YouWalkerloo portrait troop uniformed as Napoleon's Polish Lancers.  Whilst on picture making maneuvers in the garden we were unexpectedly joined by my black cat Panza/Panzer.  When you are making potentially spell binding pictures and your black cat shows up to take part you include him. 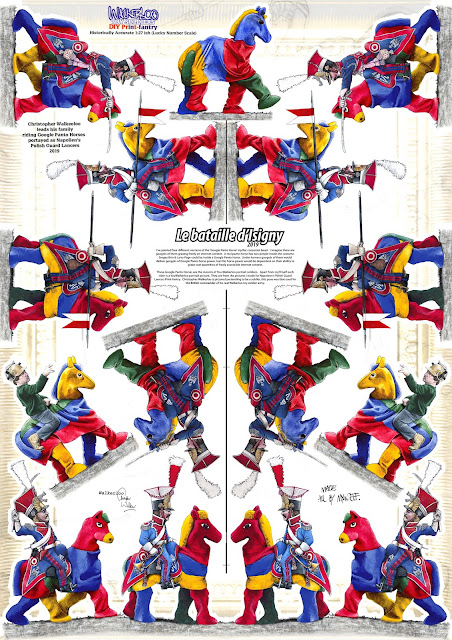