I was born in  () in 1972 the youngest child of three.  My brother, with whom I shared our bedroom, is five years older, my sister seven years older.  It was once said, In very good humour at Christmas lunch that I was an accident - but I never felt like it.  My mother was a housewife, school dinner nanny and skilled dress maker.  My father was a production supervisor in a tyre factory.  My father had been a coal miner like his father and was of a large, prominent Catholic family in his home town.  I was brought up Catholic, my mother converted to Catholicism when I was a child.

I grew up in a cul-de-sac built in the late 1960's and had lots of good friends.  I was passionate about things military and spent a lot of time playing war themed games with friends and toys. I was good at school and got good school reports.  I was interested and enthusiastic especially in Maths and Art I did not get football. I have always been a slow reader and terrible speller.  I served on the alter in church until I was 15, then I got a part time job on Sunday mornings as a pump attendant at a local garage.

When I was little I think I wanted to be a soldier.  I think it was ideas of bravery and triumph which attracted me... and the great suits.  I thought briefly to myself about being a priest but I never heard god calling like they said he would.  When I was thirteen I wanted and received a drawing board for Christmas.  With Careers Service advice I began to think of being an architect.  I got the best GCSE results in my school year and went on to sixth form to get four A levels .  At 18 I left home and went to Oxford polytechnic to study architecture.

When I finished my degree in 1993.  I moved back home to the north briefly but through friends moved into a room in a shared house in Fulham west London. I enjoyed unemployment for the first time and began to re-consider my relation to the world. I lived in this house until 2001 when I moved to to share the home of my partner - now wife.  I live there now with no children, many animals making pictures, meat and vegetables, sometimes labouring for money. Between 2013 and 2018 I built a house. 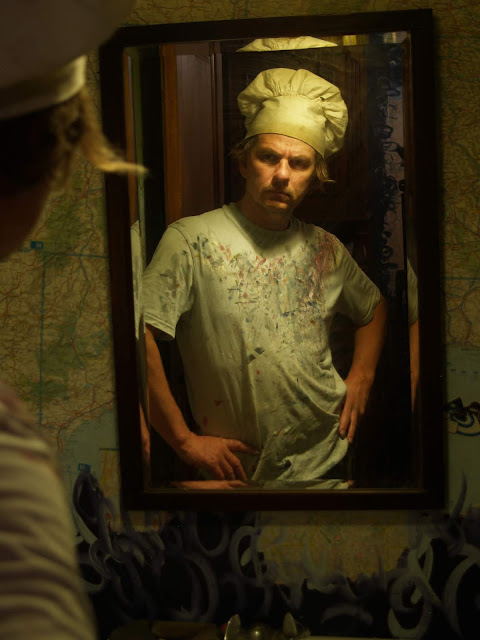 www.Easterlegs.com is a moving picture made in 2004 by myTHself, Christopher Wonker.  It was built in ‘Flash’ to be on the web in a time before YouTube and it has been live ever since.  Flash was a visually intuitive drawing program ubiquitous but almost extinct now.  Most of the imagery is ‘vector’ based giving it unlimited definition for the modest file size essential for it’s day.  The website contains about 20 minutes of animation measuring about 2MB but with at ID (Infinite Definition?! having googled this word paring I think I have just coined a new phrase - It's lovley!  ID - Infinite Definition - a special feature of vector based animation) .

Opening with an emotive ‘creation myth movie’ the website establishes a plausible new family of holiday heroes ‘The Easter Legs’. The tension is made explicit in the collective presentation of the individual family members and the values, emotions they express and provoke.

Whilst building the website Christopher Wonker discovered a page he did not create featuring the EasterLeg he calls Jesus’ leg.  He has since wondered if this was the second coming of Jesus Christ as a digital avatar or at the very least a divine miracle. See if you can find this divine Easter egg when you explore www.EasterLegs.com.

A second version of the website exists  in which the Jesus leg character is replaced by a yellow eyed pink furry monster 'Beast Leg'. Blood continues to drip although now it follows the curve of long vicious talons. This version of the site has never been 'live' on-line.

Still Image taken from EaserLegs in the costume of their father featuring BeastLeg. 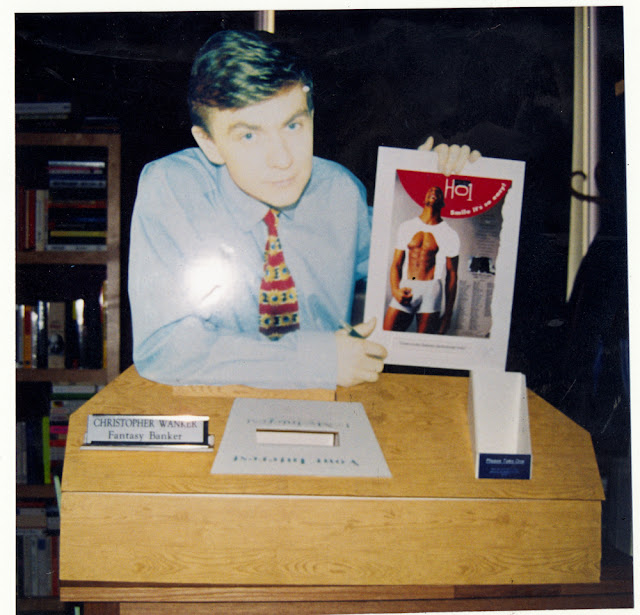 Two almost identical 2.5D picture objects called  'An Introduction to Christopher Wanker' were made and exhibited side by side in the London borough of Hammersmith & Fulham Open 1997.

The one of the pair in the photo above was given to a friend in exchange for his sponsorship of the large format colour prints of Christopher Wanker.  He told me his ex wife threw it out some years later.  The remaining picture spent 8 years on the wall of a lively shared house in Fulham 1997-2004 and now sits in my studio causing trouble.

Each 2.5D wall mounted foam core sculpture had printed application forms for interested parties to take write comments and post back into the picture on a detachable part of the form via the slot in Christopher-Wanker-the-Fantasy-Banker's 'desk'.  The 'desk' representation also acted as a device enabling Christopher Wanker to appear in public trouserless and yet keep his major asset, his cock London's cock, unexposed. 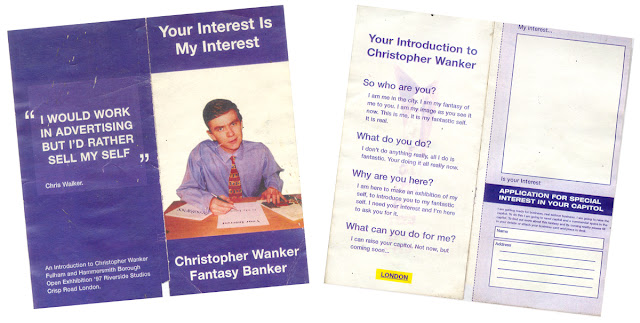 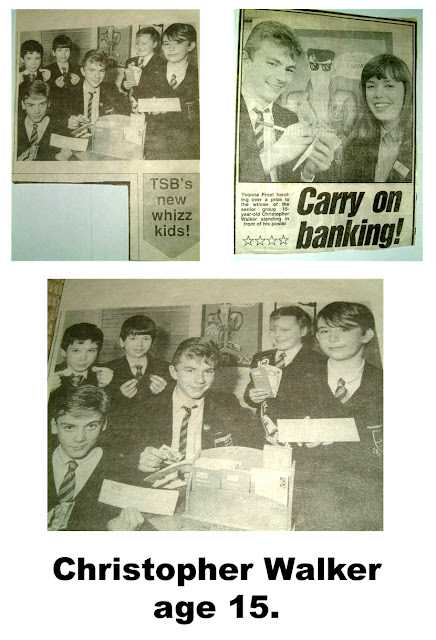 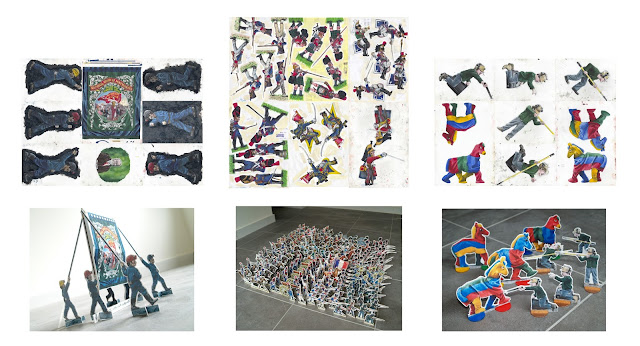 3 sets of  gouache paintings and the paper soldiers they make

All 3 were entered into a Cotentin 'Open Call' painting exhibition. I wanted the paintings in the gallery with their principal, the paper soldiers, on the floor in front.  Alas because of this desire the entry was disqualified.

The Walkerloo Waterloo figures are available in this shop.

These three sets of paintings are still available to buy.  Contact myTHself for details.
at August 02, 2017 No comments: