"Meet myTHself Trinity, Christopher WonkerWankerWalkerloo. Watch him enter the mythosphere in a visionary mission to set imagination free! For ten years myTHself Christopher Walkerloo and his paper soldiers have fought a real pretend war with the Mega Corp's plastic toys that litter the globe. (BattleOfWalkerloo films 1 & 2 & blog) For generations copyright controlled plastic figures have dominated the world of action toys. But one Media Mega Corp in particular has begun to dominate all the rest. It buys up the IP (Intellectual Property) of the world's most popular toy stories as the IP of it's own creator finally times out to feed it's insatiable appetite for profit and growth. It controls and manipulates the pop culture characters who inhabit our dreams. These characters are no longer the subjects of their original creator's timely vision - they are stripped of meaning and enslaved to stories with banal commercial goals inherently blind to humanities well being. Born of surreptitious vision myTHself has united three of his stories to create a new 'special hero' (even the words super hero are forbidden outside of the corporation's zombie narratives!). In this short film MYthSELF Trinity begins his mission and launches for the first time in to the mythosphere... that special human non-place that we all live within. That special human non-place where an artist's vision can match a mega corporations... Meet myTHself Trinity, Christopher WonkerWankerWalkerloo. Coming Soon : La Bataille D'Isigny..." 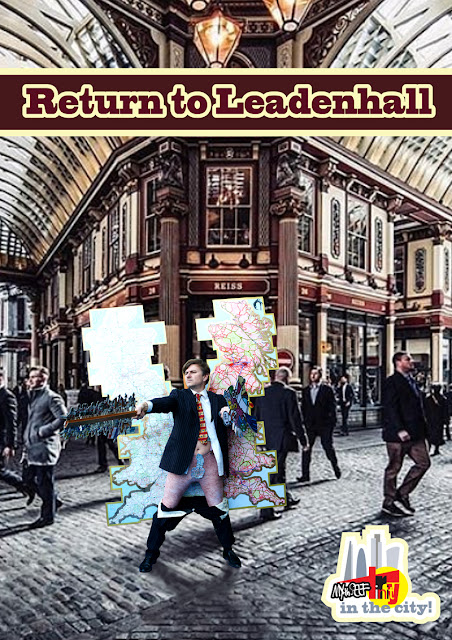 I'm finishing my film 'La Bataille D'Isigny' - I have been for a few months.   I've not made many films, I've no boss and I'm not getting paid for any work I do. I wrestle it out.  An effort of will and appreciation.  Do I make it for money future money - time invested in objects for a future dividend?

All fantastic projection is capable of yielding reward.  But all projections don't have the same probability of success .  I speculate as a fantasy banker playing with my original projection I have chance of success and so wink the www.TheFantasyBank.com is a one to watch!

Work or play - is it hard to call? ... or too easy to ignore... Or is it now already a forgone conclusion.

Here is an email of application.  I wanted to visit London for the joint 50th birthday party of  two very good friends. To help justify the international travel costs I tried to use it as a deadline to finish my film and use the trip to present myTHself Trinity in London.  I think it helped hasten the production although targets can never ensure success.  And I would like to show the film in Isigny before anywhere else.  It's still a 'W.I.P.' - a Work In Progress or maybe Walkerloo Information & Propaganda?

Email Recipient : a particular cultural facilitator/agent for the corporation of London
Email subject : the City is a part of me... how might I be a part in it?
Image below attached : 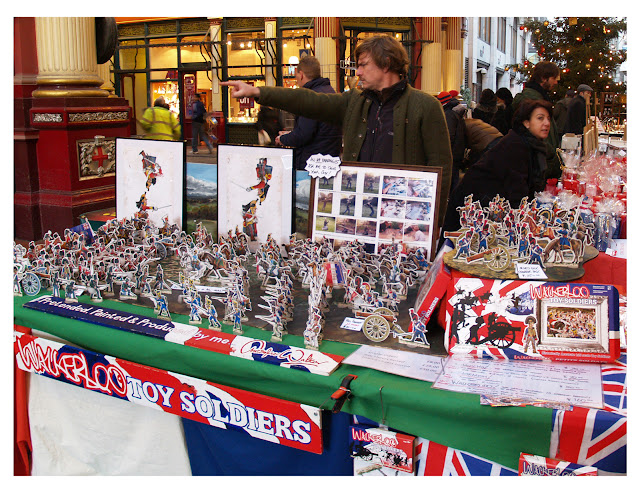 I'm an artist* with a special link to the city... it's a part of my fantastic anatomy.  I'm in London on Monday the 3rd of February and would like to walk/pose for pictures in my costume as the special hero myTHself Trinity in the city (link to recent YouTube short [2minute] film introduction).

I've approached Leadenhall market where I've previously (2008) held a stall selling my eccentric self portrait/toy soldier project, The Battle Of Walkerloo (pic attached), it was always very popular there, but I also wanted to enquire as to making an appearance in other public squares or locations in the city on that day.. I understand security is a major concern and didn't want to cause a false security alarm.


On the evening of the 3rd I'll be premiering my new No-Budget movie 'La bataille D'Isigny - Allumage des Bittes' ... it's the third in a trilogy of short films... (Youtube links)


the first : Toy Soldiers at War part 1 :Walkerloo On The Normandy Beaches


the second :  Toy Soldiers at War part 2 : They started It

For Leadenhall I've suggested I be present on a 2.5m square green rug with a defensive line of my paper soldiers marking a safe space I can stay within and from where I can pose for pictures or respond to questions... I first appeared as the character at Paris Comic Con (links to my blog) but his origins are in London over 25 yrs ago...  London is a big part of him.


Any suggestions or help would be massively appreciated,

At the time of this post, I've made no further contact and received no reply.  But I would still love to present as myTHself Trinity over a Lunch time in Leadenhall... ...perhaps in the summer!

When you write you can have no guarantee that you will be read - or should be... never mind being answered.

*I use the word artist as bastard shorthand for 'picture maker'.