Serendipity & myTHself. making it up or drawing it out?

edgy fictorial in your head piles that make me pictures, the culmination of things witnessed, seen and re-seen in time and place worked, rubbed and eventually shined to brilliance to shed light... reveal a message? 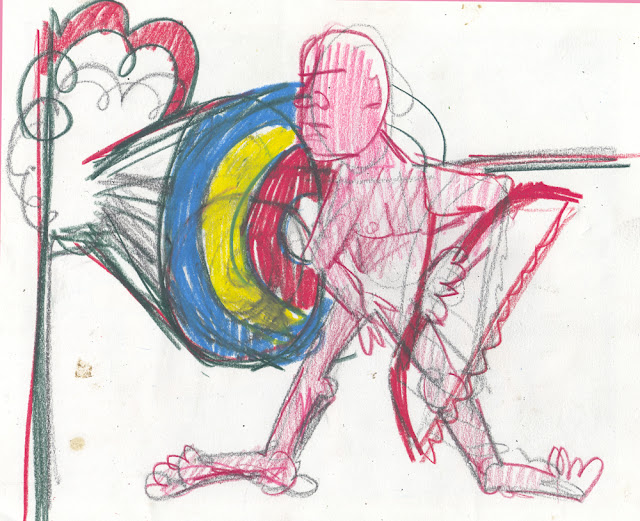 MUST MUST MUST HARDLY EVER A WORD TO TRUST.

If serendipity is to be used seriously in... art ...in pictures it must have a legitimate meaningful role in the formation of the object, I don't want to just use chaos as a medium for contrast with an imagined image of order... it must form a compelling part of the message... ... it must bear witness to the poetic vision.  hmmmm, tricky ascribing meaning to the path that lies behind our signifying significant facade.  A seemingly random or serendipitous flow of reality interpreted through animal vision, reformed through a self into a thought object and pushed back out into a form to be outside and so thought about.

But the only true word is now. 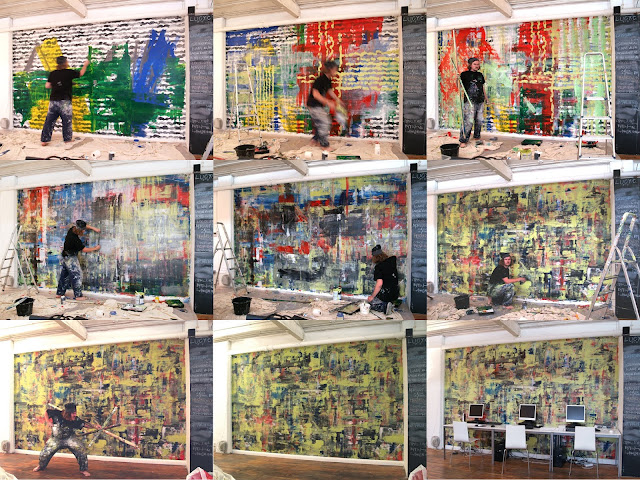 This paint was put on an office wall over a bank holiday weekend when the office was empty... it was a weekend of highs and lows... the ladder helped.  I think the business owner was very happy with the result.  Although she never did pay me - she's very successful in business!  I think abstract art lends itself to business with great success and very little criticism.  The limey green is in the corporate logo. Action type abstracts seem express the capture of 'now'... hmmmmm. now made then.
at October 28, 2019