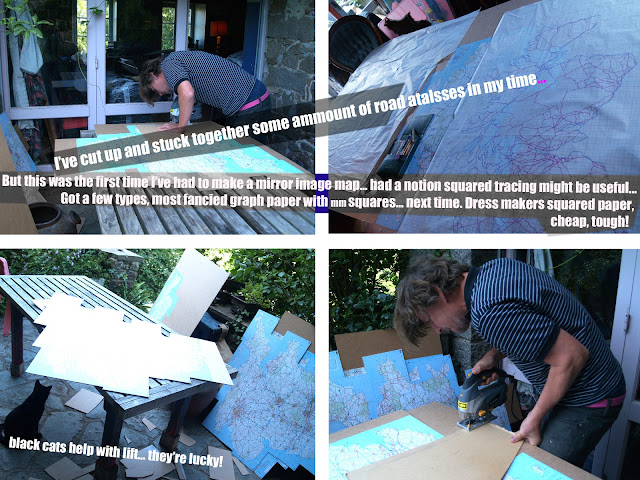 I've only seen angels, fairies or demons fly in films or seeming to fly in pictures.

To attain flight wings must be capable of creating lift.  For the last few months I've been making a pair of wings to assist with a flight through culture.  For more than 20 yrs I've pictured myTHself Christopher Wanker with the map of the UK behind attached to him via his cock London's Cock.

This picture made in 1998 shows me trying to become myTHself Christopher Wanker.  I've cut around some of the figures so a map could be inserted or the figure folded out into another dimension from the picture plane.   I made a 3D clay phallus with London's cock as cross section to help me integrate and act out in the picture making. 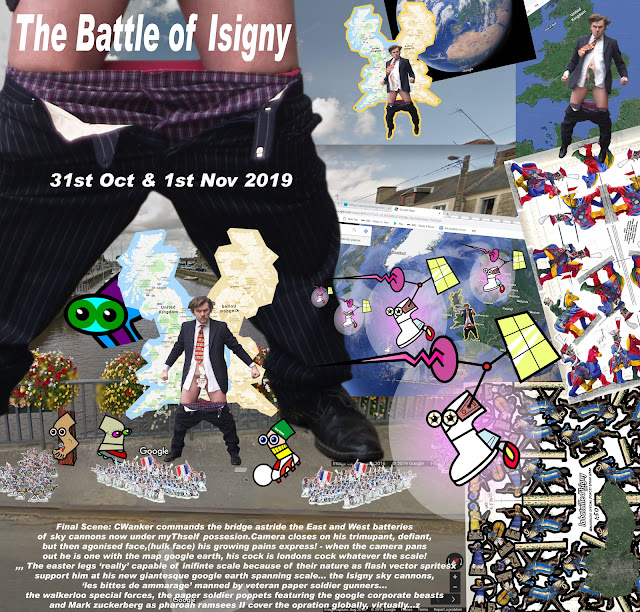 20 years later in computer sketches preparing for "La Bataille D'Isigny" I began to depict CW with his cock London's cock and a pair of map wings made adding a second mirror image UK map digitally extracted from google.  In composition with the EasterLegs and Walkerloo paper soldiers Christopher Wanker begins to become Christopher WonkerWankerWalkerloo, myTHself Trinity. 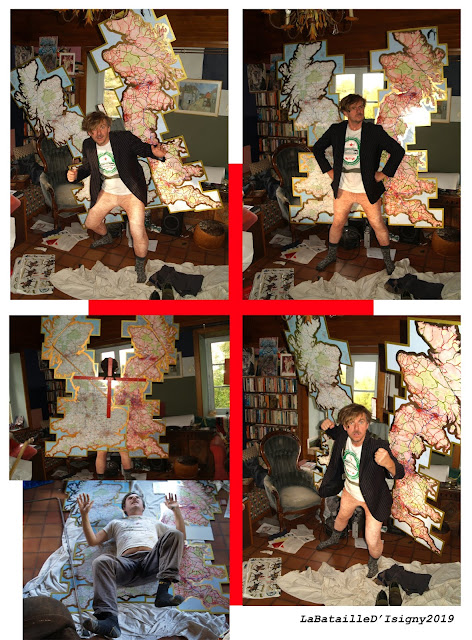 The real wings are made from 4 deconstructed 'AA Handy Glove Box Road Atlas's' (and their copyright spell) and painted fleshy mirror Britain maps applied to wood composite panels.   I hope a good flap will aid their flight after take off... scratch the face of Disney.